Something bad happened at St. Oswald’s boys’ school twenty-four years ago. What was it and who was responsible? Different Class is a British literary, psychological suspense story, which takes place in 1981 and 2005. This novel reveals many secrets slowly. More than once, you think you know what happened, only to find out you’re wrong.

Roy Straightly has been the school’s Latin master for thirty years. One of his least favorite students from 1981 returns to the school as headmaster to bring the old institution into the 21st century. Straightly resists in every possible way.

The point of view in 2005 is mostly Straightly’s, and we see the events of 1981 mainly through a journal of an unknown student. The novel started a bit slow, and I almost stopped reading. But the unanswered questions and suspense kept me reading, and the more I read, the more I enjoyed it. In addition to the twists and turns and suspense, Harris throws in dark humor, murder, and underlying themes about class differences, friendships,  revenge, and acceptance of others.

I’m not sure why I keep reading Eisler’s John Rain novels. Rain is a brutal assassin and the author delves into his mind, examining the details when Rain thinks about killing. And the sex scenes are heavy-duty, much more than I need to read. I didn’t finish the last two books I started because they were too “macho mail.” Yet Eisler keeps me reading to the end. He’s an excellent writer. 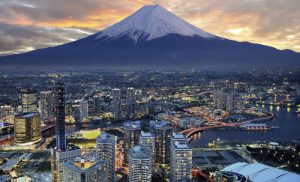 Rain is half Japanese, half American. His childhood was split between Japan and the States, and he doesn’t feel accepted in either country. In Zero Sum, Rain has returned to Tokyo in 1982 after a few years in the Philippines. Even though I’ve never been there, his descriptions of Tokyo are so vivid that I feel as if I would recognize it if I visited the city.

If you like well-written psychological thrillers and anti-heroes, read this book.

If you are a fan of Robert B. Parker, you probably know that his estate selected Ace Atkins to continue the Spenser series of novels. I liked Parker’s writing, but Little White Lies is the first Ace Atkins novel I’ve read. I enjoyed the trip through my favorite city of Boston and the flashback to the TV series, Spenser for Hire with Spenser and Hawk, from the 1980s.

Spenser’s client, Connie Kelly, referred to him by his psychiatrist girlfriend, wants him to find M. Brooks Wells who conned her out of almost three hundred thousand dollars and then disappeared. Spenser finds that Wells’ claims of ex-Navy Seal, ex-CIA, etc. are all fiction. The ATF is also after Brooks, trying to connect the dots in a gun-running case. Connie Kelly follows Brooks to Georgia and is shot. Suicide or murder? Spenser and Hawk catch up with Wells  preaching in a popular church. They work trying to prove Brooks murdered Kelly and to unravel the gun-running ring.

It didn’t feel quite like a Parker novel. But it’s been a few years since I read one, and my memory might be faulty.

This novel is speculative or science fiction; exploring robotics, pharmaceuticals, biotech, and artificial intelligence. The characters and POV include a human biotech pirate, an “indentured” human, a free robot scientist, an indentured android, other humans and bots. Newitz does a good job of getting into the “minds” of the bots as well as the humans.

Many underlying themes weave through this story—property rights, patents, pharmaceuticals, indenture/slavery, what is human. The plot revolves around the female biotech pirate, Jack, reverse-engineering a drug the makes people love their work. The patented version is very expensive and only available to the rich. Her version is cheap and available. It’s very addictive and some people work themselves to death or cause catastrophes that kill others. She goes to work finding a cure.

Other characters are Eliasz, human, and his indentured robotic partner, Paladin, who are working for Big Pharma tracking the pirate. Jack rescues and frees an indentured human. An autonomous robot comes into the story, working with Jack on the cure. Other characters, mostly from Jack’s past, pass through.

I enjoyed the ideas about our future more than the main plot of the story. I also liked the various points of view. Newitz did well poking into the thoughts of robots.