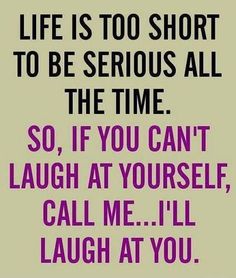 Humor is good for the soul. I’ve heard that laughter is good for your health, mental and physical. Many authors inject humor into even the most serious subjects. I have been working on formatting for a young adult book, Angel of Tears by Irene “Susie” Smith. It’s a poignant story about a young girl growing up poor in Detroit during the ‘40s and ‘50s. But there is humor.

I just finished two humorous fantasy books. I don’t often read fantasy, but both of these stories were entertaining.

I picked up the first book, Mayor of the Universe by Lorna Landvik, thinking it was science fiction. I guess it could be classified as SF, but to me it’s fantasy. It’s the story of Fletcher, an everyday man with a boring job and few friends. As a child he was alone most of the time and made up an imaginative fantasy life. One night, a group of aliens who believed in having fun showed up in his bedroom. They picked him because they enjoyed his childhood fantasies, and they sent him off to experience them. But it didn’t exactly turn out as he imagined. One of the characters was an alien who took human form to help Fletcher and ends up having a great fantasy life of her own. It’s great fun.

The second book can’t be called anything but fantasy; it’s a fairytale. Letters to Zell by Camille Griep is the story of fairytale princesses after the “happily ever after.” Zell is Rapunzel. She has left fairytale land and gone to live in OZ to run a unicorn preserve. The letters are from her friends, Bianca (Snow White), Rory (Sleeping Beauty), and CeCi (Cinderella). They write about their daily lives, good and bad, and their travels to the “real” human world. Their lives are controlled by “fairy godmothers” who have pages they must follow. If they deviate too far from the tale, all of fairytale land can be destroyed.

It’s full of humor, but as in any fairytale it also has life lessons. It’s an adult book, not for children. But if the language was cleaned up it could probably fall into the young adult genre.

In all of the above, it’s the humor that keeps me hooked.