Thirteen-year-old Julie is abducted from her home in the middle of the night as her ten-year-old sister Jane looks on in fear from the closet. Eight years later, Julie shows up at her family’s door. That’s the beginning and the end of two stories. The current story moves forward through mother Anna’s eyes as she begins to doubt that the girl who appeared on her doorstep is her daughter. And the story of Julie moves backward through the eight years as Julie takes on one persona then another to the time when she left her home.

This thriller is about the two women and how they deal with tragedy. A mother who drinks and hides from life, ignoring the daughter and husband who are still with her, cannot except that the returning daughter is lying and might not be who she says. The daughter who does whatever it takes to survive—changing names and life stories as she moves from one situation to another— is always running, always lying to herself as well as others.

The book grabbed my attention and held it to the end.

I’m not sure The No. 1 Ladies’ Detective Agency series of novels fits in any genre—maybe cozy mystery. If you are tired of reading fast-paced thrillers, this book will slow you down. It’s a relaxing pleasant read.

The protagonist, Mma Precious Ramotswe, owner and founder of the detective agency in Gaborone, Botswana, has a unique personality unlike any I’ve encountered in other novels or in real life. She sees the positive in life and in the people around her, overlooking others faults and misbehaviors, especially those of her “partner,” Mma Grace Makutsi. Even though Mma Ramotswe owns the agency and hired Mma Makutsi as a secretary, Grace self-promoted herself to assistant detective and now co-director, even insinuating to a client that she started the business. Unlike Precious, Grace is not tolerant of others real or perceived faults. But Precious doesn’t like to argue; she would rather relax with a cup of tea.

The plot revolves around a Canadian woman who was born in Botswana and left when she was eight years old. She wants to reconnect with her past and is looking for the house she lived in and the woman who cared for her as a child. This is difficult because the Canadian only has a very old fuzzy photo and Gaborone has grown and changed much in thirty years. No crime involved there, but there are subplots.

A part-time assistant of Mma Ramotswe, Mr. Polopetsi, becomes involved in a pyramid scheme. Precious takes it upon herself to unwind Mr. Polopetsi from the tangle into which he’s naively fallen. And there is also a stray dog who keeps showing up that Precious feels needs a home.

As I said in the beginning, this is not a fast-paced thriller. This is a gentle, people oriented, relaxing novel.

What a delight! I was transported back to East Africa—the sights, smells, sounds, the dry air, some of the same plants and animals. In my mind, I was there. Even though my two years were in Asmara, Ethiopia (now Eritrea) and surrounding area, and this novel takes place in Kenya, it all felt very familiar. Granted, the atmosphere and politics of Ethiopia in the early 1960s was much different than those of current Kenya. Asmara at the time of my two-year stay was fairly clean, peaceful, and civilized. The present day Nairobi, as described in Pearson’s book, is dirty, poor, corrupt, and violent. I could still feel the similarities. 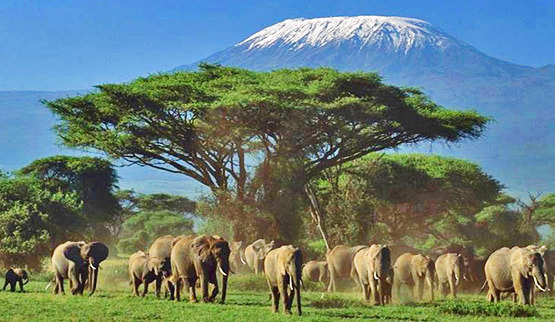 Getting to the story, Grace Chu is sent to Kenya to find out what happened at a client’s clinic where a vaccine is making people sick, even killing children. She discovers connections between poachers of elephants and rhinos, the illegal ivory trade to China and elsewhere, the theft of a vaccine for cattle, and missing ivory from the Kenyan treasury. She hasn’t been heard from for two days, and her partner John Knox goes to find her.

The characters in the book are varied. Pearson takes you into the heads and hearts two main characters, Grace and John. Both have unique, strong personalities. I was especially fascinated by Grace and her ability to survive the bush of Kenya. The author also gives us insight into others’ motivations, including the leader of a band of poachers and a man who hunts poachers and kills them to protect the animals he loves.

White Bone is the latest in a series about Knox and Chu. I will definitely read some of the earlier novels. If you’ve ever wanted to visit the area, read this international thriller and let your imagination run wild.