The setting for most of this novel is an artist’s colony on a remote island off the coast of Turkey where artists who have lost their muse have come to recapture their creative brilliance. No one knows the other residents actual names or backgrounds. There is no contact with the outside world. There are no clocks to keep track of time.

The protagonist, Knell, is a painter who has been living on the island for years. Her friends, other longtime residents, are a playwright, an architect, and a novelist. The story begins when a young disturbed man arrives at the colony and upsets the routine.

The novel explores the twisted mental state of Knell’s mind and her creativity. The second section of the book takes us back to her previous life in the London art world of the 1960s and what brought her to the island.

This is a well written literary novel. The characters are captivating, the settings are beautifully painted, and the twisted plot keeps you reading. But a warning—you may be disappointed with the ending. I’m not sure if I was or not. 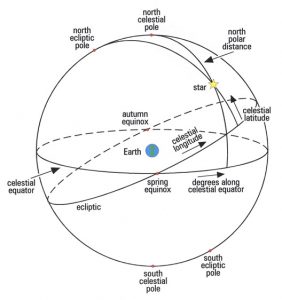 Gardner writes excellent psychological mystery/thrillers. This one gets into the head of a kidnap survivor, Flora Dane. She is not the same person as she was before her abduction five years earlier. She deals with her trauma by chasing down villains who have abused or murdered other women.  She puts herself in harm’s way.

At the beginning of the story, she is attacked and left in a garage where she rummages through the abuser’s trash to find the tools to kill him when he returns.

Other interesting characters in the story are Boston Police Detective D.D. Warren, Flora’s victim advocate, and her mother who never stops loving her. D.D. is supposed to be on restricted duty due to an injury, but she needs to be in control of the situation and keeps going off on her own without informing her team. She doesn’t know whether Flora is a victim or a vigilante. Flora’s victim advocate is always there for her and joins forces with D.D. when Flora is kidnapped again.

A complex plot and the interesting characters kept me reading late into the night.

Barry Eisler writes assassins as protagonists. I’ve read several of his John Rain, assassin, novels. Now he has created a new assassin or vigilante, Livia Lone. She is a Seattle police detective dedicated to bringing predators to justice. But at times when the system doesn’t do the job, she executes her own form of justice.

The story tells how Livia became what she is, both detective and killer. She was sold by her parents at age thirteen along with her eleven-year-old sister and was shipped from Thailand to the States with a group of people in a container. The men who controlled them abused Livia and she allowed it to protect her sister. After she attacked one of her captors, they took her sister, who was then returned to the container in a near catatonic state. Livia was separated from her sister in Portland, Oregon, and was “rescued” by a powerful man who adopted her and abused her. Her driving goal throughout her life was to find her sister.

Probably classified as thriller/mystery, this is truly a horror story—not in the horror genre, but the horror of human trafficking, the horror of the abuse that drives Livia to become what she is, and the horror of what she does to the predators. You need a strong stomach to read this, but it kept my attention and I was rooting for Livia.

A delightful fantasy about time travel, which skips between times as characters accidentally or purposefully pass through to past and future worlds. Angela Meerson, a psycho-mathematician, has created a machine to take people to alternate worlds. She discovers that those worlds are all in her own timeline. Angela escapes her own time some two hundred years in the future to mid-twentieth century in Oxford, England and takes her notes with her in order to prevent the use of her invention. It is far too dangerous to be messing with time.

She creates a gate into imaginary Anter-world based on a fantasy written by her friend Professor Henry Lytten. She leaves the gate in Henry’s basement. One day In the 1960s, Rosie, a young teenage friend of Henry’s finds the gate and steps through.

The story, which takes place mainly in three times, is full of interesting characters. The plot twists and turns, but it all resolves nicely in the end. The settings for the different times are interesting and easily pictured in my mind. There is imagination and humor.

From the front flap text: “If the past can change the future, then might the future also indelibly change the past?”