Two things prompted me to write this post. Gulf Coast Writer’s Association (GCWA) is a large organization of writers based in Fort Myers, Florida, which offers speakers, workshops, critique groups, and lots of networking with other writers and people associated with writing. They have been my lifeline to writing since I moved to Florida. The July meeting featured a workshop on creating characters.

The second item that prompted me to write about characters is a book that I purchased and read nearly thirty years ago—How to Write a Damn Good Novel by James N. Frey. I plucked this book off my shelf one recent night when I ran out of novels for my nightly bedtime reading. It’s as pertinent to fiction writing today as when I first read it. The first chapter is all about characters.

If I can’t get into the head and heart of the protagonist in a novel, I probably won’t finish the book. The story is even better if all the main characters (even the antagonist) are three dimensional. I want to understand where they are coming from. The same goes for writing. I need to get into the head of the character—become the character.

My first attempt at a novel (not published) was written from my point of view. I started by fictionalizing some past events in my life. But the character took over and told a completely different story with events that never happened to me and that I never imagined would. She became a different person than the author, with her own distinct personality.

The idea for my first published novel, The Janus Code, came from wanting to understand a man that I knew. He was a complex personality (bipolar) and I wanted to get inside his head. I started writing without any idea of the story, the plot, the premise, other characters… I let him write the story. Of course, he became a completely different person than the real person about whom I started writing.

With my second published book, Mangrove Madness, (I’d written a few in between) I started with an imaginary character not based upon any particular person. I did have a good sense of her personality. With this story I had a basic idea of a plot, but didn’t know the ending. Again, the character took over the writing and told the story. She decided the plot, the twists and turns, and the ending.

After Mangrove Madness, several people asked if I was writing a sequel. I decided to try, so first I wrote a biography of Ernie Pratt and character sketches of a few other players in the book. I found that I knew them quite well, even though they didn’t exist before I wrote the book.

I know that some writers create their characters in detail before they begin writing a story. Maybe it’s because of the way I write (in the zone) that allows my characters to create themselves. I’m not sure I understand it, but this is how it works for me.

Full Title:  The Rapture of the Nerds
A tale of singularity, posthumanity, and awkward social situations.

I read somewhere that speculative fiction that predicts the future is truly about the era in which it is written. I believe this was in reference to one of the classic dystopian novels, Brave New World or 1984. The Rapture of the Nerds is written in our far-flung future but definitely reflects our current world.

The novel is set in a future Earth where most of the population has chosen to leave and become part of “the cloud,” which occupies the inner solar system. The protagonist, Huw, is quite happy in his simple home and garden in Wales where he spends his time throwing pottery. His parents gave up their earthly bodies and left for the posthuman cloud fifty years ago.

Huw volunteers for jury duty to judge whether or not to accept the latest technology tossed back to Earth from the cloud. This leads him to being chosen as witness for those still living on our planet when a decision is eminent as to whether to preserve Earth or use its resources and move everyone into the cloud.

The book is ridiculously funny, full of pokes and prods at today’s world. If I read it ten times I would probably catch something new each time.

I have read other novels by Doctorow but none by Stress. Together they wrote a rollicking good story. 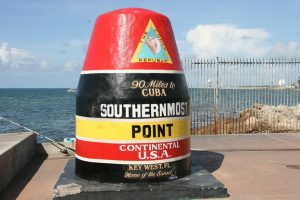 Dubbie Tanner and Wiley Fecko have started a Key West private-eye firm called the Aristocrats. They are drawn into a job which pays way too much money for a small task. It turns out to be complicated and dangerous, involving Cuban tourists, a weird federal agent, street fights, kidnapping, scams…

They enlist the help of cab driver Kim Salazar, police detective Beth Watkins, and a few street people who are friends of Fecko’s from his past days of drink and living off the grid. The best part of this novel for me was the Key West setting. Corcoran captures the look and feel of wacky Key West and its characters.

This author is new to me, although he has a number of previous novels. I enjoyed the ride and will look for more of his books.

Waypoint Kangaroo is a delightful, high-tech, SF thriller with lots of humor thrown in. Kangaroo is the code name for a spy who has the unique ability to open a “pocket” into an alternate universe where he can store all sorts of tools and toys and retrieve them later. Since he’s somewhat of a loose cannon, he has been ordered to go on vacation on a tourist ship to Mars so that he’ll be out of the way while the home office is audited.

Of course, he runs into trouble on his vacation.

The characters are fun and the plot is fast-paced and full of twists and turns. The author has a vivid imagination when it comes to the space ship, the techy stuff, and the weird “pocket.”