Ethan is a gifted 12-year-old in Sydney, Australia, who thinks in physics and sees it in the world around him. He sees waves in sound and light. Naturally he is abused and bullied in school for being different. But when the boys insult his mother, he fights back and injures the boy who was his best friend until recently.

After the fight, Ethan runs from a meeting with the principal and parents, where the injured boy’s mother is insulting Ethan’s mom. He is so upset he has a seizure and ends up in the hospital. Here he learns that he had a brain injury as a four-month-old baby. The doctor thinks that to compensate for the damage, Ethan’s brain has rewired in some unique way.

Claire is Ethan’s overprotective mother. She has never told her son about the injury, not wanting to hurt him. She is a former ballet dancer and everything in her life is very precise and controlled.

Mark, Ethan’s father, was accused of “shaken baby syndrome” and sentenced to jail after Ethan’s brain injury. He is a physicist who never finished his doctorate—interrupted when imprisoned. He now lives on the other side of Australia working at a mundane job in the labs of a mining company. He claims he did not injure his son. He returns to Sydney to visit his dying father. He hasn’t seen his father, ex-wife, or son for 12 years.

The story is told from three points of view—Ethan, Claire, and Mark. We see the interaction between Mark and Claire, who still care for each other but blame each other (and themselves) for the disruption in their lives when baby Ethan was injured.

Ethan is now learning about his father, his brain injury, his life, the realization that his mother has been lying to him or at least hiding things from him. He connects with Mark (without Claire’s knowledge) who understands the way he thinks.

Hayes first novel is unique and completely captured my attention. 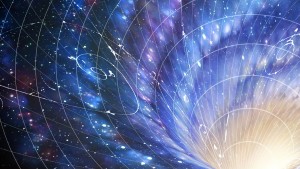 Sliding under my garden fence,
so fluffy brown, so round.
How can she flatten herself to an inch
down so close to the ground?

What she consumed I could not squeeze
through such a tiny hole.
The largest thing, should fit between,
would be the smallest mole.

Standing on her two hind feet,
she boldly stares me down.
Her bright eyes seem to speak to me,
brow wrinkled in a frown.

Let me be, so I may feed
my babies under your shed.
So they can grow to help me feast
upon your garden bed.

If I could only train her to
eat bugs and pests for her health.
Then I might have a few things left
to feast upon myself.