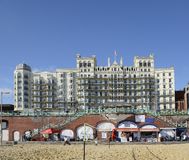 Baldacci is one of my favorite authors and this is my favorite of his novels other than his first—Absolute Power.  In my opinion the two best strengths of Baldacci’s writing are his unusual characters and his intricate plots.

The Last Mile is an Amos Decker novel. I haven’t read the author’s first Amos Decker novel, but intend to read it now. Decker is a very unusual character. He has a condition called Hyperthymesia, caused by an old football injury, which causes him to remember everything. Along with his perfect memory, he has almost autistic social skills. The perfect memory is not always a blessing. He remembers in detail the death of his family.

Amos is working as a contractor for the FBI on unsolved cases. In this case, convicted murderer Melvin Mars is granted his release from death row when another man confesses to the crime. But Decker and his team prove that it was a false confession, even though they believe Mars is innocent. There are many twists and turns in the plot that keep you guessing throughout the novel.

The book is a page turner.