A story by Judy Loose

Dan hated his new teeth. Just uppers, not lowers. He still had his own bottom choppers. The plate fit improperly and hurt when he chewed, so he liked to remove it when he ate.

Living alone, he often dined out or picked up something to go rather than cook. On this particular hot summer night, coming home late from work, he decided to stop for pizza. The pizza shop was full, so he took his food with him. Enticing smells rose from the seat beside him in the car — mushroom, pepperoni, extra cheese. He could almost taste it. For a while he resisted, but it was a long drive. Opening the box, he grabbed a slice.

Of course, the teeth were extracted before the first bite.

Cruising down the highway, he continued eating. Not the safest way to operate; worse than texting while driving. Soon the pizza box sat empty. Almost home, he spotted a Dumpster behind the grocery store across the street. He lifted the empty box and tossed it. Perfect shot, right into the trash.

Home at last, he collapsed in front of the television before his nightly ritual — shower, dress for bed, clean his teeth…

Dan pulled a pair of jeans over his pajama bottoms, found a flashlight, and headed for his car. He searched the seats, under the seats, in every crack and crevice.

There could be only one answer. He drove back to the grocery store. Did he really want to go Dumpster diving? What were his choices? Forget it and get another set of teeth? But teeth cost big bucks. He didn’t have money to throw away. Child support for five boys, two in college, helped make the decision.

Dan looked around to see if anyone was watching. The store had closed and no people roamed the streets. He tried leaning over the side of the container, shining his flashlight to see.

He hoisted himself up and dropped into the nightly trash. Luckily, it held mostly boxes and not much food. His pizza box sat on top, wide open and empty, so he proceeded to rummage through the debris.

He heard a blip of a siren and a blue light flashed against the wall of the store. A head peeked over the top of the Dumpster, and a light blinded him.

Dan climbed out and brushed himself off. “Looking for something I lost,” he tried to explain.

“Dan?” The policeman lowered his flashlight and laughed. “What are you doing in there?”

“I threw away a pizza box and tossed something with it.”

“I was ready for bed when it dawned on me.”

“What did you lose?”

Dan hesitated. He didn’t want to tell him. Embarrassing!

“Come on, man. What’s so important you’d go digging through the garbage in the middle of the night?”

Sam doubled over, his laughter escaping like hiccups. “Oh, man. Wait ‘til I tell the guys.”

Still chuckling, Sam went back to his cruiser and drove off.

Dan decided to give up and go home. Walking back to his car he spotted something shiny in the middle of the street. Taking a closer look, he realized…

He leaned to pick them up, but they were imbedded in the asphalt. Apparently, they’d been run over a time or two. He found a screwdriver in his trunk and dug out the teeth, only to discover a crack down the middle. He was tempted to toss them, but changed his mind.

Asphalt covered the broken teeth, but stubborn Dan dropped them into a jar and filled it with paint thinner.

The next day he examined the dentures and decided the crack could be fixed. He found some crazy glue at work, glued them together, and clamped them in a vise.

It worked. They felt better than before they broke, but a faint taste of solvent lingered for a few days.

Dan wore those teeth for three more years before getting new ones.

Note: This is a true story as told to me by Dan, who is no longer with us, so the story can’t be verified. Any embellishments on the truth are his. I did see the teeth with the crack that had been crazy-glued. No sign of the asphalt, but the teeth looked a little gray.

I’ve read Walter Mosley novels before, usually mysteries. Knowing he writes science fiction too, I thought Inside a Silver Box was one of his SF works. But it is much, much more. I’ve posted about mixed genres; this is the ultimate mix. It probably can’t be classified. Try fantasy, SF, mystery, thriller, quest, literary, psychological, philosophical…. It also fits all of my three H’s—Head, Heart, and Humor.

Two people, black thug and rich white girl, are perpetrator and victim brought together when he saves her life. They become friends and together they set out to save the world from the Silver Box and its evil alter ego. If it sounds like a wild tale, it is. But Mosley is an excellent writer who makes you think.

The book is unique, strange, and for me captivating. 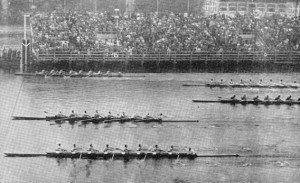 This is another “literary” novel that I enjoyed. I need to stop prejudging books by their genre. I don’t believe you should judge a person by what group they belong to, what they look like, or where they come from. So why should I choose book by genre? Each group has authors I enjoy and those that I don’t.

The Sunlit Night is a delightful tale about two young people who end up in northern Norway, above the Arctic Circle in the land of the midnight sun. Frances is a twenty-two-year-old artist from New York City who has accepted an apprenticeship for the summer to Nils who paints only in yellow at an artist colony and museum in the north of Norway. Yasha, seventeen and just out of high school. is a Russian boy living over his father Vassily’s bakery on Brighton Beach. Vassily plans a trip to Moscow to look for Yasha’s mother who stayed behind ten years earlier when father and son moved to the United States. Vassily dies of a heart attack in Moscow and his last wish is to be buried at the top of the world. The artist colony and museum in northern Norway is the closest to his father’s wish that Yasha can find.

Dinerstein paints the stark Arctic landscape as beautiful and colorful. She surrounds us in ever-present light.

In addition to Frances and Yasha, all the peripheral characters are entertaining—from the artist Nils to local blacksmith to staff and manager of the museum. We have glimpses of Frances’s dysfunctional family. Her sister is marrying a man her parents don’t like, and they refuse to attend the wedding. Yasha meets Frances’s family looking over her shoulder at a computer screen. Yasha’s uncle from Moscow and his lost motherarrive for Vassily’s funeral. His mother stays on, working at the museum, and the man she has been living with in New York turns up later.

Everything about the book is entertaining—characters, setting, story. I highly recommend it.